Stockholm Student's IF's goal is that you as a trainer should have a variety of different types of training at different levels to choose from, whether you are a student or a non-student. We cherish you as a member and want you through your chosen form of training to feel joy to train with us and our leaders.

We want to make it possible, even as an adult, to try new sports and exercise forms.

Stockholms Studenters IF is, just as the name indicates, a sports association founded for Stockholm students, but since many years back everyone over 18 years is welcome to train with us.

The formation of Stockholms Studenters IF 1937

March 16, 1937, the Stockholm Student Sports Association (SSIF) was formed. One of the founders of the association and its chairman during the first ten years was the modern five-player, captain Sven Thofelt. The Stockholm Student Union's union board was represented by two members of the board. The operation was financed by the fact that one krona from each student's queue fee accrued to SSIF. The association's motto was:

"Physical education in any form for all Stockholm students"

In practice, however, SSIF's main interest was competition activities. Firstly, SSIF would be represented by law and individuals in competitions and series systems at the district level as well as at national and international level. Secondly, SSIF organized Stockholm's academic championships in athletics, competitions in various sports between the various colleges in the city and finally arranged exchange with the other choir classes. For example, in bandy, football and handball, SSIF participated in teams in the respective Stockholm series, while at the same time their own series play between the various colleges was organized in these sports. In fencing, where they were prominent students, the association tried to be represented in international contexts. According to SSIF's operational program for the 1937/38 working year, the association invested in the following sports and sports: bandy, athletics, fencing, handball, orientation that "particularly well suited to academics", swimming, ski sports, tennis and women's sports. The latter consisted of gymnastics and basket ball. Once a year, all students would be given the opportunity to play sports, namely on the Students' Sports Day, which according to the program 1937/38 was:

"A propaganda competition where all students can participate"

The competitions were held in the 1930s and 1940s at Östermalms sports ground. The focus of SSIF's activities was maintained during the 1940s and 1950s. The competition activities at various levels with athletics in the center continued. However, some new sports were added to the association's program, namely table tennis, boxing, wrestling, modern pentathlon, ice hockey and badminton. In the 1950s, the concept of women's sports disappeared and the female students were expected to participate in, for example, badminton.

During the 1960s, a decisive change took place in the direction of SSIF's activities. According to the statutes adopted by the SSCO Student Council in the Stockholm Student Central Organization (SSCO) in November 1967, the purpose of SSIF is:

"Among the students at SSCO-affiliated corps, primarily promote the interest in and prepare the opportunity for exercise and promote increased opportunities for physical activity  To work for competition activities and the necessary educational activities in the second place ”

There was therefore room for competition. For example, Ronnie Hellström (many years old Swedish national team goalkeeper in football) participated in the academic championships in football, but the wind of change had started to blow.

The 1970s - the focus on exercise sports begins

By decision of the Riksdag in 1967, SSIF received state grants for exercise activities among the students. In 1973, a merger took place with the Stockholm University Student Union Sports Committee (SUSIDUS), which became part of the Stockholm Student Sports Association. Since then, the Stockholm University Student Union has not had any of its own organized sports activities, but has instead worked closely with SSIF. SSIF's business orientation was thus radically changed during the late 1960s and early 1970s.

During the 1980s, the new policy was fully implemented. SSIF would not conduct elite sports but be a "broad sports association". The goal was "Sports for all", and the purpose of the association was formulated in SSCO's annual report in 1980 as follows:

"Through student sports, the students must be stimulated and prepared for continuous exercise exercise, closely integrated with the preventive student health care"

During the 1980s, the association expanded with several additional sports. Furthermore, a large number of competitions were arranged each year, but the exercise character was constantly emphasized. SSIF's sports shop at Artellerigatan was inaugurated in 1978. At the Artillery Street there was also SSIF's office with nine employees. In 1977, together with Stockholm University, SSCO had founded the Frescati Stora Skuggan Foundation (SFSS), later the Aktiverum Foundation, with the purpose of constructing a sports hall in Frescati. Decision on the construction of an exercise facility west of the Arrhenius Laboratory took the Building Board in the autumn of 1980. In May 1982 the building could start and in March 1983 Aktiverum, which the hall was originally called, was completed. The facility was financed partly through funds from the Wallenbersstiftelsen, partly through loans and was owned by Stiftelsen Aktiverum. The architect was Ralph Erskine. The principals of this foundation were SSCO and Stockholm University. SSIF was responsible for the sports activities and was originally the majority owner of the management company that was responsible for the operation of the facility. In 1989, the sports center changed its name to Frescatihallen and the majority owner in the operating company - AB Frescatihallen - became Stockholm University's Student Union (SUS).

During the 1990s, the gym and group training trend in society grew and SSIF took a leading position early on in this segment. The association's aerobics pass was very popular and in 1999 the Frescatihallen was built a bit so that a modern gym could be decorated in the hall's eastern short side, under hall E which is used for ball sports.

During the 2000s, competition intensified in the gym and group training area. A number of large commercial players grew strongly and SSIF became increasingly difficult to assert itself as a small gym in competition with the large chains. At the same time as the number of members in gym and group training decreased, several of the association's sports also began to decline. The association found it difficult to attract new students and the average age of the association became higher and higher. Several sports and training groups had to be canceled because of too few registrations. In February 2014, Chief Executive Officer Ulf Moberger retired after 44 years in the association's service, of which the last 18 years as the association's highest official. When a successor arrived, it was discovered in April that the association's finances were significantly worse than what the board had been aware of and a forecast showed that a bankruptcy was imminent.

2014 - new initiative that changes the association from scratch

§ 1 Scope and purpose
Stockholms Studenters Idrottsförening (in this charter called "the association") is a non-profit association with the purpose of promoting the interest in and preparing the opportunity for exercise and working for a varied range of physical activity, as well as compatible activities, for college students in the Stockholm region.
§ 2 Business year
The association's financial year shall be July 1 - June 30.
§ 3 Membership
Member is admitted to the association by the board upon application which must be accompanied by membership fee if such fee is determined by the association meeting. The board may instruct a particular person to take a member. Application for membership may only be refused if there are good reasons to assume that the person concerned will counteract the association's purpose. The Board decides on rejection of membership. A member wishing to withdraw from the association must notify the board in writing in writing and is therefore considered to have immediately left the association.
§ 4 Members' rights
Members who have paid membership fees have the right to participate in meetings and other meetings organized for the members. In order to be entitled to participate in recurrent or temporary sports activities, the member must pay the participation fee that the board has set for each activity. Member is not entitled to part of the association's holding or property when dissolving the association.
§ 5 The duties of the Board
The association's affairs are managed by the board. The board shall work for the association's progress and safeguard the interests of its members, in accordance with the association's statutes. It is the responsibility of the board to hire staff and to appoint officials

Contact us at the office directly to get answers to your questions or email us at info@ssif.nu we will respond as soon as we can 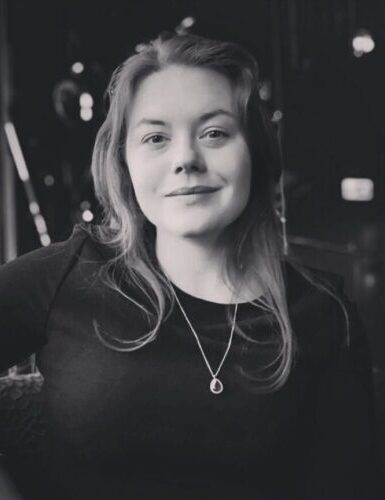